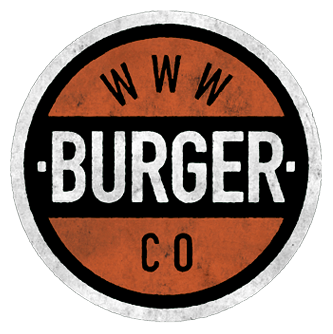 As a child I remember asking an elder why hamburgers where named as such, seeing that every time I could remember eating of my favourite food it was made of beef! I never got a satisfactory answer I think replies were more muffled tones, distractions and a general change of subject, and only years later my curiosity was appeased.

Hamburgers are quite simply named after the place that claimed their invention, Hamburg! Their championed Hamburg steak was a term for minced beef patties often flavoured with onion and spices, that were as nourishing as they were delicious.

A Russian tribe, the Tartars, also declare rights to the burger title, predating the German claim with their patties of raw shredded beef famously known to this day as steak tartar.

The story continues with Bohemian and Saxon soldiers who are thought to have brought the delicacy west into northern Europe during the 1500’s where it established itself as staple food source with only minor variation over the next three centuries.

The real awakening occurred with the arrival of Hamburg’s immigrants to North America in the 1800’s, where the evolution gets more detailed, though it wasn’t until 1885 that evolution now turned to open revolution. The humble hamburger was sandwiched between bread! Now it could transcend the dinner plate and could conveniently be eaten by hand, the bread now housing all manner of accompaniments while absorbing the burgers mouth-watering juices, there were two main claimants to this burger crown, both serving their hamburgers from different state fairs, in New York the Menches brothers were replacing pork in their sausage sandwiches with beef, while at the Wisconsin fair Charlie Nagreen was serving his variety.

Another pioneer from Texas, Fletcher Davis was recorded as serving hamburgers at the World Trade Fair of 1904 while the turn of the century also saw recipes trickling into cook books.

The following years saw the burger embraced by a changing American society, its flexibility became its greatest ally giving birth to drive through’s and championed by the barbecue. The big bang was well underway and over the next fifty years it spread across the United States.

The McDonald brothers, Richard and Maurice, opened a drive-in in 1940 and developed their business into the birth of fast food.

Fast food has since become a remarkable industry with the burger becoming probably the world’s most famous sandwich, but all is not well with our shaped elations, quality has often been sacrificed for the sake of quantity and profits.

A new growing band of burger connoisseurs has been eagerly taking up the baton and at www.burger.co we are passionate along with our brothers about taking the burger to greater heights, armed with a conviction that the burger can do almost anything with a little imagination. Quality must now be the foundation of these dreams, and so the story continues…